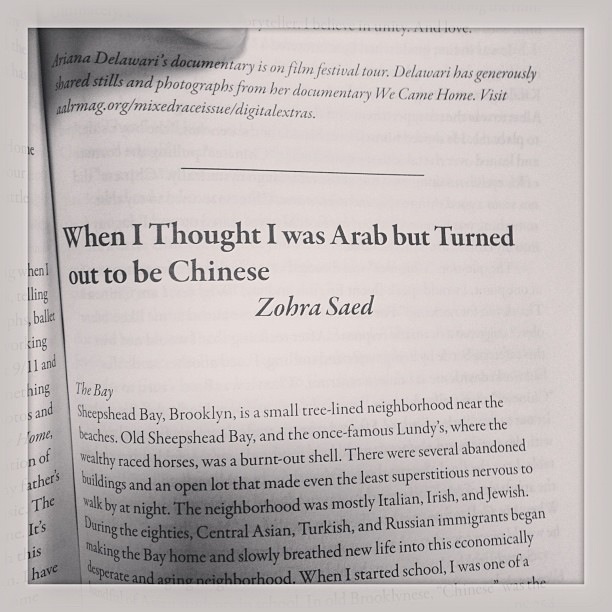 For AALR’s special issue on mixed race, we brought together a series of interviews with Afghan-American writers and artists alongside essays and multimedia artworks about lived experiences of hybrid ethnicity. We approached hybridity as a marker of mixed ethnicity as well as a characteristic of media, disciplines, and history, flooding boundaries and breaking down categories. It is not coincidental that the voices in this series represent lifetimes of creative work that traverse a diversity of media, disciplines, and history. As Mariam Ghani explains, “I grew up in between everything—identities, cultures, languages, races—so it makes sense that I am still inhabiting a kind of border zone between disciplines or genres or positions, and am always attracted to places and moments that embody other kinds of border zones or ambiguous, indeterminate, transitory/transitioning spaces.”For the artists and writers in this collection, experiences of ethnic/racial hybridity take vastly different forms, challenging the frequent assumption that mixed identity manifests only through hyphenated binaries—that is, the bringing together of two distinct entities connected by a typographical line, often with American-ness serving as the normative marker. As Tamim Ansary explains in the course of his interview, Americans see him as Afghan, and Afghans consider him American, but his identity escapes both of these categories. In fact, his labeling as “Afghan-American” has been inaccurate. Although he was raised by an Afghan father and an American mother, a more accurate descriptor would be “Finnish-Afghan” or “Afghan-Finnish.” His mother, although American, grew up within an insular family within an isolated Finnish community in the U.S., infusing his childhood with Finnish ways of being.The artists and writers included in this collection have developed their work across legalistic national categories, toward a cosmopolitan sense of self made up of many fragments, extending beyond borders, one of which happens to be Afghan. The voices here are at once Afghan as well as not Afghan—part of Afghanistan’s history, living the region’s violence and beauty, yet within Afghanistan, perhaps, these artists and writers might always be what Tamim describes as farangi, outsiders, or “permanent guests.” This term captures the freedom and alienation of hybridity in the Afghan context. In the texts and interviews here, we discovered that the blurred edges are both home and more than home, and are always a place of creation.