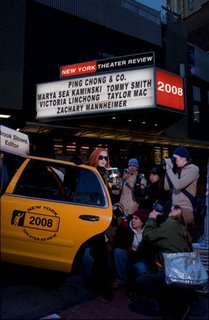 Full script of the Asian American “Undesirable Elements” that I was a part of can be found in the New York Theater Review. The theater work was part of the first Asian Pacific American Theater Festival (2007). Here is a description of the project:

Theatrical innovator’s Ping Chong’s “Undesirable Elements” is an exploration of the Asian-American experience in New York through an interview-based theater work. The cast consists of six Asian-American artists, writers, and activists from diverse geographic backgrounds (South Asia, Pacific Islands, Central Asia, East Asia), each sharing their own real-life experiences. It’s not a traditional play or documentary-theater project performed by actors. Instead, “Undesirable Elements” is presented as a chamber piece of story-telling, a “seated opera for the spoken word.’ 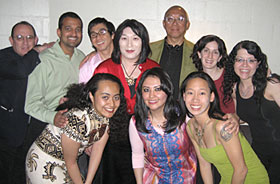 “Undesirable Elements” is part of an ongoing series (over 30 productions since 1992) of community-specific oral history theater works exploring issues of race, culture, and identity in the lives of individuals living in different American cities. Each production is made with a local community partner and addresses relevant issues and topics facing that community. The process includes an intensive interview and rehearsal period with participants. The script is based on the interviews, and performed by the interviewees, who are not professional performers. The text moves chronologically, weaving together their personal and political narratives. The production addresses the recent history of the 20th and 21st centuries and the collisions of peoples and cultures in the modern world.

By drawing on first-hand experiences of real people across a broad spectrum of Asian-American backgrounds (immigrants, second-generation, adoptees), “Undesirable Elements” challenges mainstream assumptions about what it means to be Asian-American. It also addresses assumptions, stereotypes and internal prejudices that can exist within Asian-American communities. Each participant speaks about his/her personal background and the paths that led to careers in the arts, activism, and education, and the formation of an Asian-American identity. Cast members’ individual experiences are woven together in a chronological narrative that touches on both political and personal experiences and shows the historical evolution of the influence of Asian-Americans on the social and cultural identity of America. 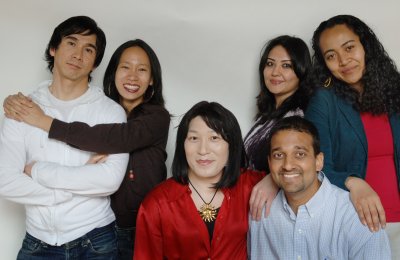